With Obama at the World’s “Most Dangerous Place” 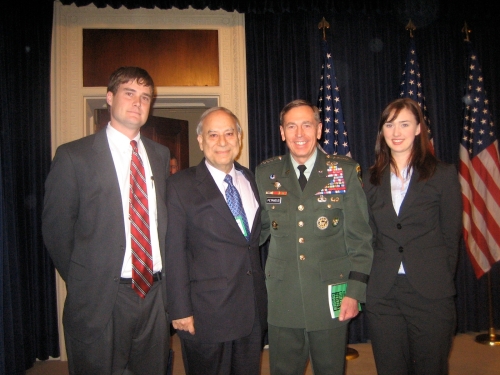 On Friday, we had the priviledge of attending President Obama’s speech unveiling of his strategy on Pakistan and Afghanistan. Ambassador Ahmed wrote an article for The Huffington Post entitled “With Obama at the World’s ‘Most Dangerous Place'” . We were also able to meet General David Petraeus as he and Ambassador Ahmed  spoke for a while afterwards (pictured above).